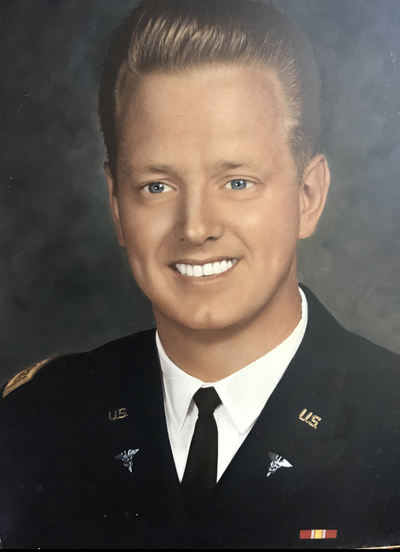 Dr. Colonel William Ed Houston, 84, of Cornelius, North Carolina, passed away on December 20, 2021 at his home. Born January 7, 1937 to the late Mack and Lois Houston, he learned early to be self-sufficient and lead others, achieving Eagle Scout rank at age 13 and bringing honor to his hometown of Central City, KY.  Ed was preceded in death by his loving sister, Phyllis Houston Oliviero of Hingham, Massachusetts. He served his country by entering the US Army ROTC at Western Kentucky University (WKU), earning his Bachelor’s degree in Biology and English along with a commission in the US Army. Despite a celebrated invitation to a career in singing, Ed turned his impressive talents to his military calling.

After his marriage to the late Pat Ireland Houston in 1960, Ed initiated a 25-year career in the Medical Corps with posts both domestic and international. Earning his Master’s  degree in Microbiology from the University of Kentucky and his Ph.D in Molecular Biology from Vanderbilt University, Dr. Houston advanced to direct multiple programs for research and development in immunology and virology. Most notably, Colonel Houston directed the US Army Research Institute for Infectious Diseases (USAMRIID) at Fort Detrick, MD, where he and Pat raised their three children in their beautifully designed home in Lake Linganore near Frederick, MD.

From the Research Institute for Chemical Defense in Aberdeen Proving Grounds, in Edgewood, MD to the Office of the Surgeon General in the Pentagon, Washington, DC, his successful influence included the development and management of medical, chemical, and biological research programs for the US Army. After his retirement in 1985, he achieved government contracts for Wright Patterson Air Force Base in Dayton, OH and Research Triangle Park in Raleigh, NC. Later, he rose in the ranks of commercial business, directing programs for his alma mater, WKU, teaching at Ogden College, and consulting for the EPA. Dr. Col. Houston developed grants and initiated programs to support safe drinking water and wastewater disposal facilities for incubator businesses.

His unwavering commitment to his family, his career, and his country was exemplary. Dr. Col. Houston was the Senior Developer and Senior Lecturer for the National Center for Biomedical Research and Training for Louisiana State University through a grant from the Department of Homeland Security. These programs were responsible for training medical personnel, federal, and local law enforcement, and emergency responder organizations to respond to incidents involving weapons of mass destruction. His powerful voice was used to influence many to support freedom and patriotism. He is our hero.

Our intent is to honor both our father and our mother, Pat Ireland Houston, who passed away in March 2020. The combined celebration of life service for Ed and Pat will be held at Southeast Christian Church, Chapel in the Woods campus, 1407 Moser Road, Louisville, KY 40299 on Saturday, March 12, 2022. Visitation will be from 1:00-2:00 with the funeral following from 2:00-3:00.

In lieu of flowers, in memoriam donations can be made to Team Western Kentucky Tornado Relief Fund https://secure.kentucky.gov/formservices/Finance/WKYRelief and/or to The Wounded Warrior Project  https://support.woundedwarriorproject.org

To order memorial trees or send flowers to the family in memory of William Eddie Houston, please visit our flower store.