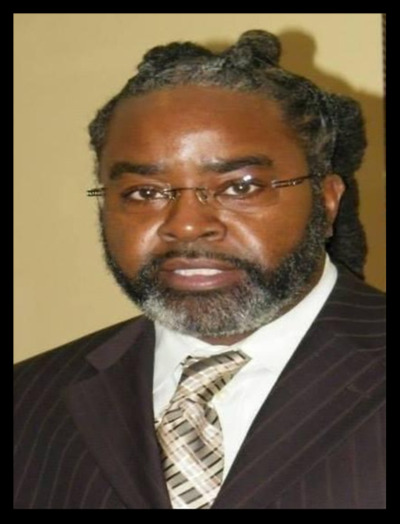 Mr. Winfred Walter Daugherty, Jr. (affectionally known as ‘Fella’ by most) was born on November 2, 1967, in Chicago, IL to the late Winfred Walter Daugherty, Sr. and Rachel Pearlie Clark. He was one of nine siblings. Winfred graduated from Nicholas Senn High School in Chicago, IL in 1985. This is where he discovered his passion as a lyricist/rapper and spoken word artist. His peers quickly began to recognize him as ‘King DJ.’ He also penned several original poems during his life.

Following his high school graduation, he attended Southern Illinois University where he joined Iota Phi Theta Fraternity, Inc. in 1986. This is also when he recognized his sincere passion of giving back to the community.

Winfred was always thanking and giving praise to the Most High, the God of Abraham, Isaac and Jacob in everything that he did. He was an avid bible reader and shared his passion for it with anyone who would listen. He often expressed that his only desire was to make it to the land that flowed with milk and honey.

Winfred held numerous positions in sales, both retail and corporate, including at Xerox. Many would say he could sell a portrait to a blind man. He could hold a conversation with anyone he met. In addition to his strong work ethic, he was known for wearing tailored suits, well-shined shoes and custom-designed hats to match. He also took pride in his well-maintained hair, admired by many. Surprisingly, he made a complete career change, and went into Information Technology where he landed a position at Lowe’s corporate office in 2018.

Winfred was a Chicago hometown sports fan for years. Yes, Bears, Bulls, Cubs, Sox and even Blackhawks. He watched sports whenever they aired on TV and attended quite a few live games. At home, he was a family man spending much time in the kitchen and at the grill. He had exceptional culinary skills; but was also an avid runner and did his best to stay in shape.

For years, Winfred was a “girls dad” to his first born, Maresha D. Daugherty (Shevonna Planer, mother). Since birth, whatever state he lived in, she spent the summer with him. He took fatherhood seriously and vowed to protect his daughter at all costs.  Fourteen years later, he met his self-proclaimed “soulmate” and a year later his namesake was born, Winfred W. Daugherty, III (Delisha Stewart, mother and former wife). What a proud father he was!  He groomed his son to be respectful and kind and to always put God first.

Winfred, Jr. was preceded in his rest by both parents and sister (Falon).  He leaves to mourn siblings: Sherri, Erin, Felicia, Jeanine, Sonya, Royce and Dayna; his children, Maresha and Winfred, III; his grandchildren, Delilah and Sicara; his nieces, nephews, aunts, uncles, cousins and friends.

A memorial service will be held on Monday, August 1, 2022, 12:00 noon, at Raymer-Kepner Funeral Home of Huntersville. A reception will follow the service.

To order memorial trees or send flowers to the family in memory of Winfred Walter Daugherty, Jr., please visit our flower store.